Back to Top
Search

Lockdown and Quarantined? Here's my Japanese Drama List for you to Kill Time!

Hi everyone! Today's blog is a little more touching on my "weeaboo" side of the coin.

I've been a Japanese drama (jdrama) junkie for as long as I can remember during its heyday. (Let's just get it all out here and let me just say it, I love Kimura Takuya! There. I said it.) I just love how most dramas in Japan are shorter in length (about 12 episodes; unless we're getting into asadora and taiga drama), but you can still resonate with the main characters enough to really enjoy and engage with the drama.

Nowadays, I've watched much less due to just lack in quality of storyline, but I still want to take the time to share with you some of my favourite all-time jdramas for all of you with tons of time to kill! (I promise I won't just recommend KimuTaku dramas lol)

For those of you who love more melodramatic/serious dramas:

This is based off a very famous Japanese novel about the finance world in Japan. I believe the author himself was working in the sector himself, and pulled inspiration from real life experiences to write his story. The drama stars the now very famous Sakai Masato as the main lead, and Ueto Aya, who plays as his wife. In the drama, you watch as the main lead struggles to stay afloat in the banking world, while trying to keep his personal life together.

When Hanzawa Naoki the drama came out, I was just phasing out of jmedia and jdramas. I heard off the grapevine that this drama has gained lots of traction, and Sakai Masato, a pretty well-known B-list actor at the time, was really gaining a lot of attention he deserves. So I decided to check it out. It really is a great story if you're really into this kind of drama.

LIFE stars a young Kitano Kii as the main lead, and it's a very heavy drama about her character trying to survive a bunch of bullies bullying her on a day-to-day basis. I personally really enjoyed this drama because it's not over-dramatic. A lot of the things that happen in the story sounds very realistic, and can happen to someone in a very critical bullying situation. The drama really focuses a lot on the emotional aspects of being bullied, depression and being taken advantage on by people who don't have your best interests in mind.

I think this drama can trigger some people, but I will cautiously recommend this to you if you think this is a type of drama you can watch. 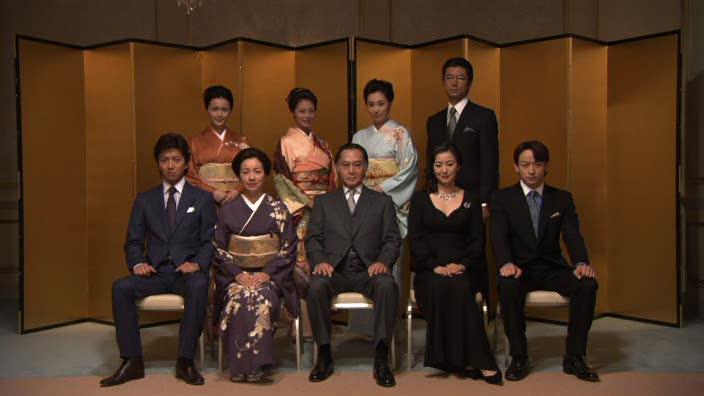 The first Kimura Takuya drama on this list. Haha.

I cannot say this is a very atypical family drama. I think as far as family dramas go, a lot of the themes are very similar. Lots of yelling, hate, revenge, etc. But what's interesting to me is that the story takes place during Japan's economic boom (metal-related industry), which I personally don't know much about, but it was interesting to see a representation of that time.

Also, there's a lot of good twists in the story. But it is very slow-paced and quite grueling at times. As far as KimuTaku dramas go, it's definitely not one of the best, but if you can manage to finish it, it is a very rewarding piece.

IRYU is one of my all-time favourite dramas, and probably one of my favourite doctor-themed dramas in the jdrama-verse. I can't talk about its realism (not a doctor lol), but they are VERY convincingly real. Even if it isn't real, I love how they are able to convince you that everything about it seems real and professional. The casting is amazing, the characters have depth and the episodic stories just make you want to keep watching more! The overarching story is a bit lacking, but I really don't think they need to worry about it as the quality in each episode is there. Give this one a shot!

I will have to say that I have a major bias on this drama, for a few reasons. I love mystery. I love Takeuchi Yuko (the main lead). And I absolutely adored the novels (so much so that I read all of them in Chinese, which is not a language I'm comfortable reading in, but I did it anyway).

The story was really amazing for me. It had a good level of suspense, while keeping you engaged in the moment with whatever murder case they're trying to solve. The characters were also really great in terms of depth, but also how they bounced off one another. They made a great team.

Again, I just want to warn you that there are some trigger themes here. So just tread carefully if stuff like abuse triggers you.

Now, under the Romance and/or Comedy category...

This drama is good if you really need to relax with, enjoy a good bad joke (unless you get offended easily) and have a few inserts of mystery and supernatural elements to it. This is one of the few older jdramas, but I fully enjoyed it just for the sheer fact of it being kind of silly, and serious but not all that serious at all. The good pair-up of Nakama Yukie and Abe Hiroshi when they were still younger (and less popular) makes it just even more amazing.

(warning: another KimuTaku drama lol) The reason I absolutely love this is for the characters and their relationship with one another. I really enjoy dramas where it looks like the cast just get along with each other, and the character chemistry just... works. This drama absolutely ticks all of that. On top of that, I personally really loved all the cases (this is a law-related drama). It's super lighthearted for the most part, with some good episodic stories to go along with it.

For those of you who live in Tokyo, have you ever gotten off and on at Tokyo Teleport station and wondered where that station chime came from? It's the famous theme from this particular drama. I don't think there's a Japanese person out there who don't know of this drama (unless they just don't watch or is living under a rock). It's a pretty well-known police drama with some crude humour; again, not for people who are easily offended. But I personally like the comedy element to the police drama, which I thought it pulled off well. Not over the top, and actually pretty funny. Another one I personally think highly of (even though I'm not a big fan of Oda Yuji).

Oh look, another KimuTaku drama! No but seriously, this guy makes some good dramas. I can go on about why, but that's another post for another time... anyway, if we've got some Canucks in the room who love hockey, this one is for you! I thought the pair up of Takeuchi Yuko and Kimura was fantastic, and they really brought out the chemistry of their characters really well. I know you're probably tired of my Kimura recs, but if nothing else, you HAVE to try this romance drama!

I don't have much to say. It's really just a classic. And you have to watch it. If you liked dramas like Gokusen and any kind of "inspiring teacher" type dramas, you'll like this one. This is pretty much the OG of all "super teacher" dramas out there, I don't care what people say.

There's not many live-action jdramas I think highly of. I mean, I liked Hana Yori Dango, but it wasn't perfect (some of you will absolutely disagree, I know). But I thought Nodame was and still is one of the best live-action dramas out there. Some people may think it's over-acted, but I think they're just trying to copy the little nuances from the anime/manga. It's those little things, especially if you are a fan of the manga itself that really make or break a live-action. The story is amazing (which is took from the manga, completely unchanged), the romance and chemistry between the actors was not awkward at all, and you can really tell that there is a lot of effort and love put into this drama. Highly, highly recommend!

I honestly don't even know what category this belongs in, and to be fair, I think it doesn't belong anywhere because it's just too powerful of a jdrama. This drama is about a woman who works as a part-timer at many different jobs, and because of that, she has become like the MVP of all part-timer workers. Asides from the unrealistic portrayal of someone like that, I think we can all kind of relate to the difficulties of work life and I think this is why this drama resonates with me, and clearly many others as this was a very popular jdrama. I think during difficult times like this, we can all inspire and stay positive like the main lead in this jdrama.

Also highly recommend this one!

That's it! Happy watching! And if you work in Japan, you might end up impressing one of your coworkers with your new watchlist under your belt. ;)

Japanese Dining Etiquette I Had No Idea About